WASHINGTON — Senator Kyrsten Sinema, Democrat of Arizona, announced on Thursday evening that she would support moving forward with her party’s climate, tax and health care package, clearing the way for a major piece of President Biden’s domestic agenda to move through the Senate in the coming days.

To win Ms. Sinema’s support, Democratic leaders agreed to drop a $14 billion tax increase on some wealthy hedge fund managers and private equity executives that she had opposed, change the structure of a 15 percent minimum tax on corporations, and include drought money to benefit Arizona.

Ms. Sinema said she was ready to move forward with the package, provided that the Senate’s top rules official signed off on it.

Ms. Sinema had been the final holdout on the package after Senator Joe Manchin III, Democrat of West Virginia, struck a deal with top Democrats last week that resurrected a plan that had appeared to have collapsed.

It brought Democrats one step closer to enacting the package and salvaging key pieces of their domestic agenda, beginning with a series of votes this weekend. It came just over a week after Mr. Manchin and Senator Chuck Schumer of New York, the majority leader, stunned their colleagues with an agreement to include hundreds of billions of dollars for climate and energy programs and tax increases in the legislation, on top of a proposal to reduce the price of prescription drugs and extend expanded health insurance subsidies.

With Republicans united in opposition, the measure needs the unanimous support of Democrats to move forward in the 50-50 Senate, so the party cannot afford even one defection.

Mr. Schumer confirmed in a statement that he had reached an agreement “that I believe will receive the support of the entire Senate Democratic conference.” He said the revised legislation would be released on Saturday.

“The agreement preserves the major components of theInflation Reduction Act, including reducing prescription drug costs, fighting climate change, closing tax loopholes exploited by big corporations and the wealthy, and reducing the deficit,” he said. The deal will “put us one step closer to enacting this historic legislation into law.”

Mr. Biden called on the Senate to quickly pass the measure, praising the deal as “another critical step toward reducing inflation and the cost of living for America’s families.”

Ms. Sinema insisted on the removal of a provision that would have limited the preferential tax treatment of income earned by some wealthy hedge fund managers and private equity executives. Democrats instead added a new 1 percent excise tax that companies would have to pay on the amount of stock that they repurchase, said one Democratic official, who disclosed details of the plan on the condition of anonymity.

That provision, the official said, would ensure that the package still reduces the federal deficit by as much as $300 billion, the same amount Democrats aimed for with the original deal and a key priority for Mr. Manchin.

Democrats also agreed to a request by Ms. Sinema to include billions of dollars to combat droughts, according to officials briefed on the emerging plan, something that is crucial to Arizona as it suffers from a devastating megadrought. They were expected to restructure the 15 percent minimum tax on corporations to make it less burdensome on manufacturers. Earlier this week, business leaders in Arizona appealed directly to Ms. Sinema to simplify that proposal, which was included in part because she had resisted increasing tax rates as part of the plan.

“Manufacturers remain concerned that this bill will stifle new cures and therapies,” Jay Timmons, the president and chief executive of the National Association of Manufacturers, said on Twitter, even while praising the removal of certain tax provisions. He added, “We remain skeptical and will be reviewing the revised legislation carefully.”

While most Democrats had been quick to rally around the deal Mr. Manchin reached with Mr. Schumer when it was announced last week, Ms. Sinema had refused to weigh in and privately signaled that changes, particularly to the tax proposals, would be needed to win her vote.

Even as she wrangled an unusually bipartisan vote margin on Thursday for a judge she supported for the U.S. Court of Appeals for the Ninth Circuit — securing the support of nearly 20 Republicans — Ms. Sinema was being lobbied by both sides of the aisle. She and Mr. Manchin huddled in the chamber at one point, speaking in hushed voices.

Ms. Sinema, an enigmatic centrist, had already forced her party to abandon their plans to overhaul much of the tax code, and her characteristic silence frustrated Democrats eager to take up the bill. After hearing that she had given the bill her support, several Democratic senators and aides celebrated, confident that final passage was within reach.

“We are about to pass monumentally necessary and popular legislation,” declared Senator Brian Schatz, Democrat of Hawaii, adding, “It’s happening.”

Mr. Schumer said that he planned to hold a test vote on the measure on Saturday afternoon, keeping the Senate from leaving for a planned five-week August recess to finish work on the legislation.

The package still must clear a series of hurdles before the Senate can pass it. Because Democrats are using the arcane budget reconciliation process to protect the measure from a filibuster, it must be blessed by the Senate parliamentarian to ensure that its elements adhere to the strict rules that govern the process. That process was expected to continue on Friday, and could result in further changes to the measure if certain pieces are deemed out of order.

Ms. Sinema left herself room to change course should those changes raise any concerns, saying she would move forward with the bill “subject to the parliamentarian’s review.”

Republicans will have an opportunity this weekend to try to force changes before final passage of the legislation during a marathon series of amendment votes known as a vote-a-rama. If all Republicans are present, all 50 senators who caucus with Democrats must remain united to protect the legislation as written.

In her statement, Ms. Sinema said she would work with Senator Mark Warner, Democrat of Virginia, on separate legislation to address the preferential tax treatment for hedge fund income, sometimes called the carried interest loophole. She said they would focus on “protecting investments in America’s economy and encouraging continued growth while closing the most egregious loopholes that some abuse to avoid paying taxes.”

But doing so outside of a reconciliation bill would require 60 votes to overcome an all-but-certain Republican filibuster, and it is unlikely that enough G.O.P. senators would join the effort to allow that to happen.

Tags
Bill Had Said She That

More Renters Are Moving Out of Town. But Where Are They Going? 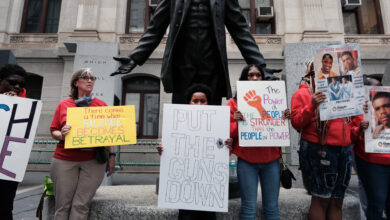 ‘Everybody Is Armed’: As Shootings Soar, Philadelphia Is Awash in Guns 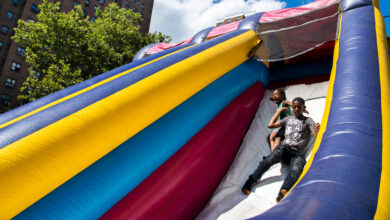 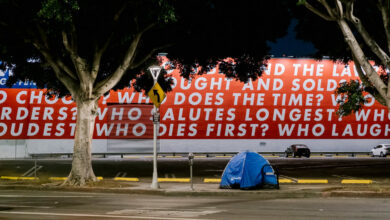 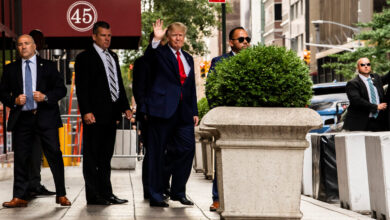 Trump Claims He’s a Victim of Tactics He Once Deployed

Go to the Arqam options page to set your social accounts.